The Mueller Report: The comic book

Between William Barr’s preemptive lies about the content of the Mueller Report, and Americans’ growing disinclination to read anything demanding, few Americans seem aware that it is a settled fact that Donald Trump knew that Russia was meddling in our 2016 election. 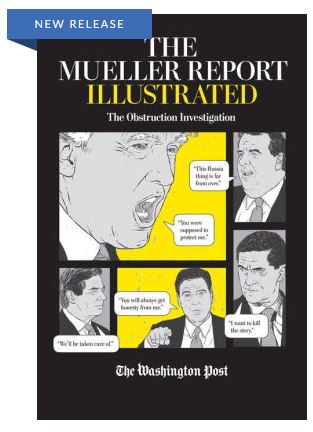 Apparently, the Washington Post thinks that re-publishing the report as a comic book will help to get the message out.

Granted, the report is dry reading, an endless recitation of facts that can be difficult to keep straight. Mueller may be a fine lawyer and dogged investigator, but he is no literary stylist. I don’t doubt that the dumbed-down version is more accessible than the original.

But … geez. If Americans aren’t willing to do the work of reading something so important to the well-being of their own country, I’m inclined to doubt that an illustrated version can help much.