Your tax dollars at work, ctd 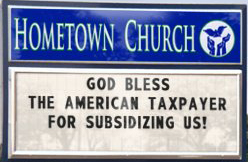