Representative Marjorie Taylor Greene is catching a load of grief for posting an anti-transgender sign outside her Congressional office door. She deserves it. 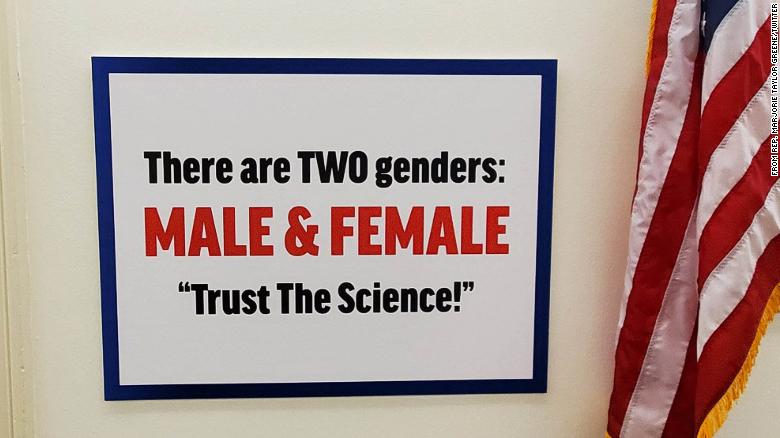 It apparently is too complex for the fundamentalist mindset to grasp, but there is more to sexuality than plumbing; there also is orientation, and identity, and about a dozen other traits that are influenced by multiple genes. This is why there is no single “gay gene” — there are lots of genes implicated in sexuality.

Ironically, the issue of Science that the multi-phobes cite when they trumpet “no gay gene” detailed a long and hard-fought editorial dispute over whether to go to press with the piece because they knew that simpletons would misconstrue it. One editorial bloc feared the article would be used just as Greene (mis)uses it, and the other editorial group argued for the long view, reasoning that the science had to be published before it could seep into public consciousness.

I’m with the long-view group. Unfortunately, the Republican Party I grew-up with has become the party of malice-eaten simpletons.