What do you know? The Wake Forest, North Carolina, Christmas Parade will include the Sons & Daughters of the Confederacy.

Just hours after the town of Garner announced it was cancelling its Christmas parade, the town of Wake Forest released a statement noting its parade is still on, and will include the Sons & Daughters of the Confederacy.

Dawn and I lived in Wake Forest when we first moved to North Carolina, and now live in a smaller town about 5-miles away. We do nearly all of our shopping in Wake Forest, and usually tell people that’s where we’re from because nobody has ever heard of the town we actually live in.

The defenders of the Confederate flag usually nod toward some vague notion of southern heritage to defend its display. That’s always been dubious, and became indefensible when Dylann Roof shot-up a black church in South Carolina. 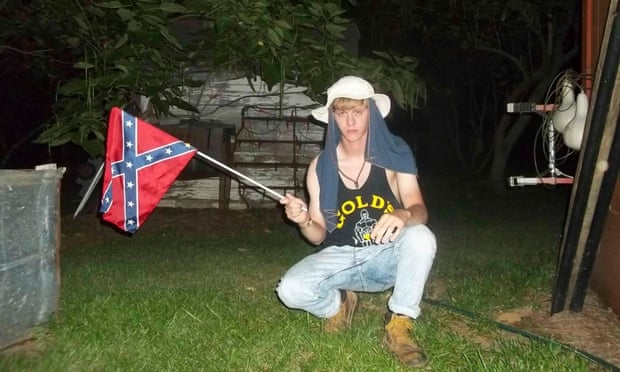 I went to parades and such when John was young, but dislike crowds and probably wouldn’t watch the Christmas Parade if it were held in the street in front of my home, never mind fighting traffic to find a parking spot to walk a crowded-mile in order to view a pack of preening jerks. But if you are into that sort of thing, do take care to point and laugh when the town racists strut past.