Longtime readers know that I attended Michigan Tech, an engineering school in Michigan’s Upper Peninsula, founded in 1885 as a mining school to support the rapidly growing copper industry. Between building a career, and family obligations, 35-years passed between graduation and making it back to the ol’ alma mater; since then, it has become among mine and Dawn’s favorite vacation destinations.

Much of the southern edge of Lake Superior has been designated a national lakeshore, which prevents shoreline development (though, of course, most prior development was grandfathered). For that reason, much of the shoreline is easily accessible to the public. That, and the brutal winters, assures that the area will never be Disneyfied, making it one of America’s least disturbed natural areas. Because the U.P. lacks traditional entertainment-type destinations, a crowd is rare even at the height of the summer, and the extraordinary beauty of the U.P. remains one of America’s best-kept secrets. 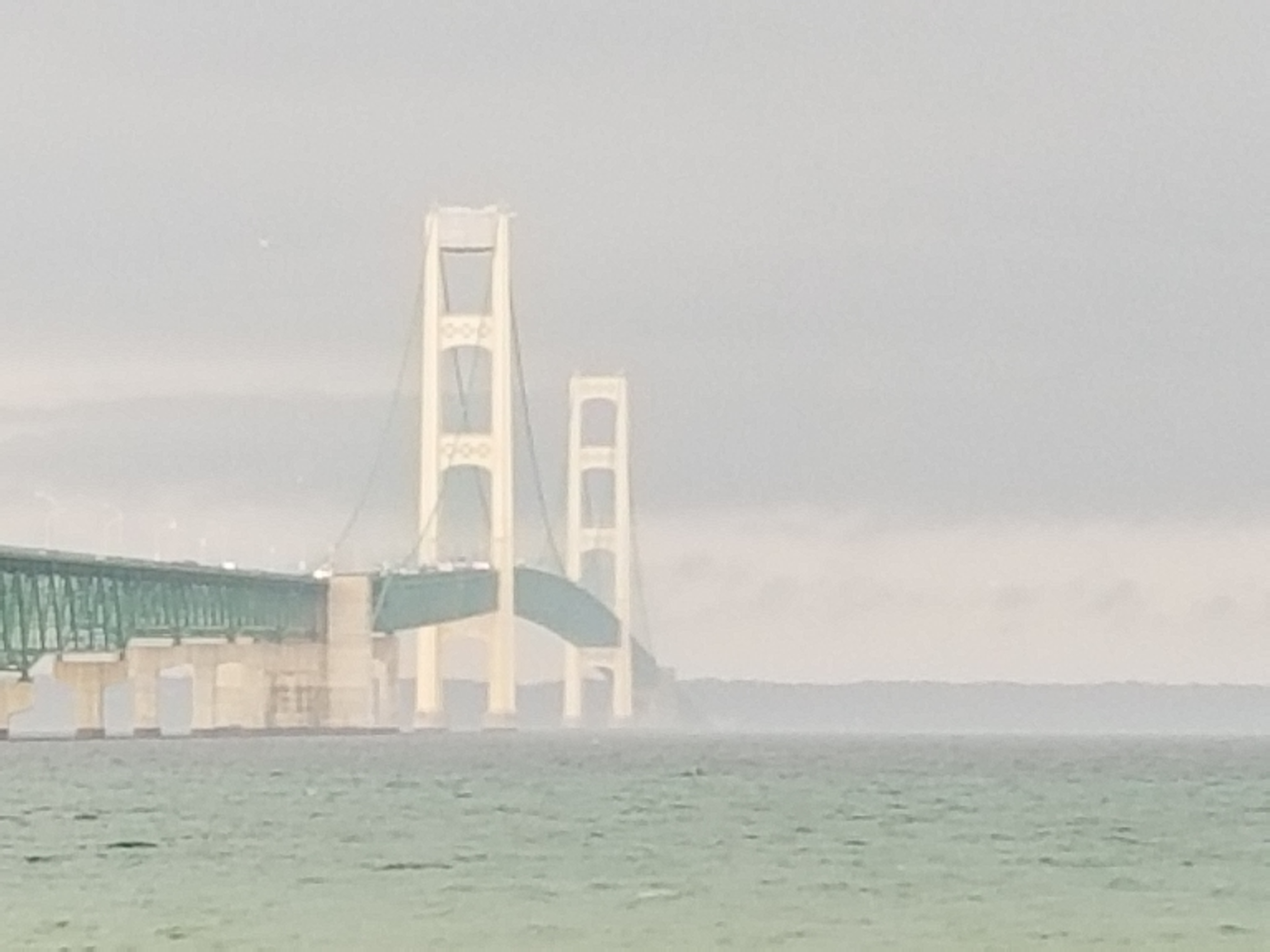 When the Tacoma Narrows bridge failed in 1940 after less than 6-months of service, an American bridge designer named David Steinman set aside his consulting work and spent the next 7-years developing a theory of suspension bridge aerodynamics. The Mackinac Bridge is the direct descendant of that work. 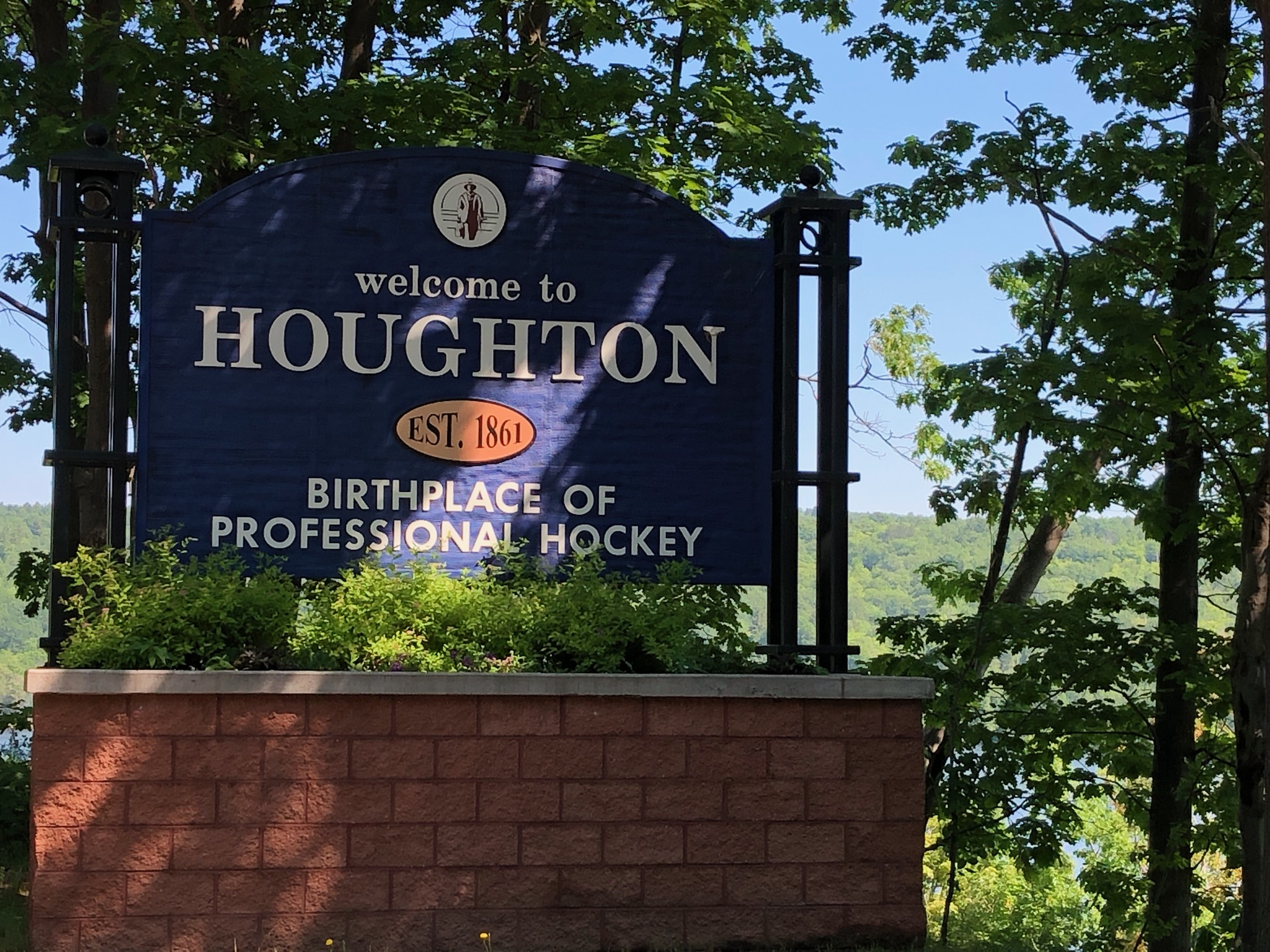 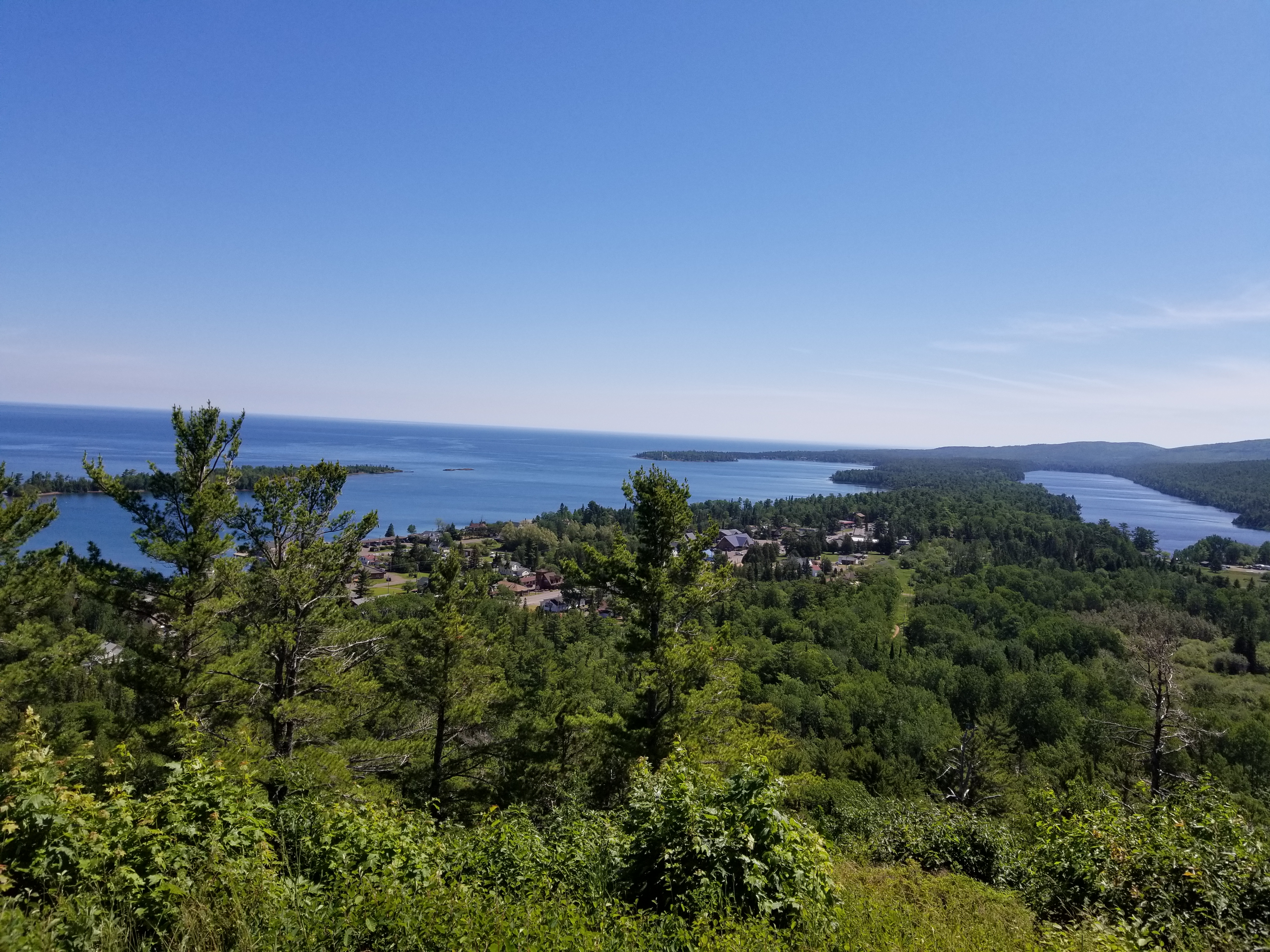 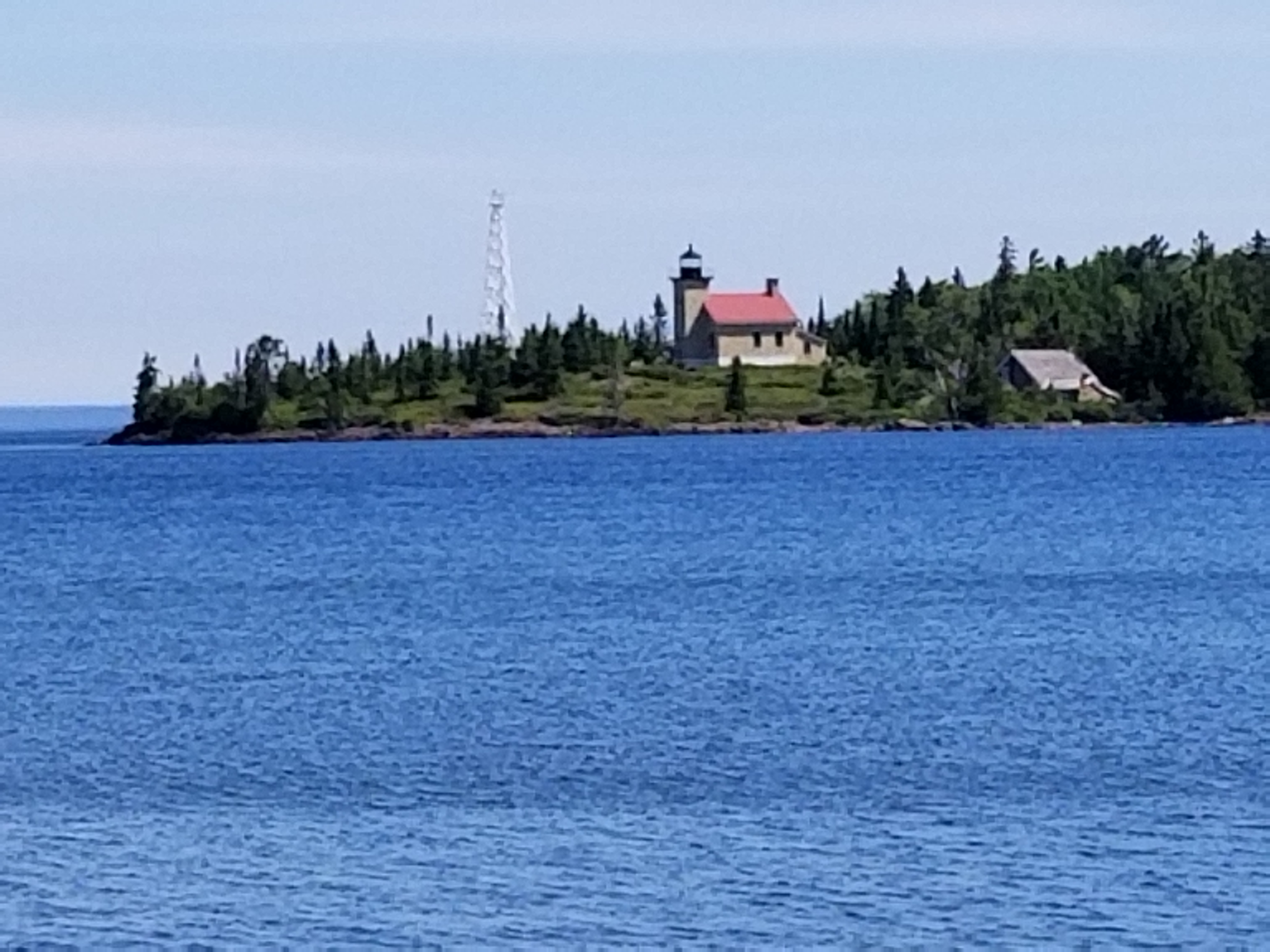 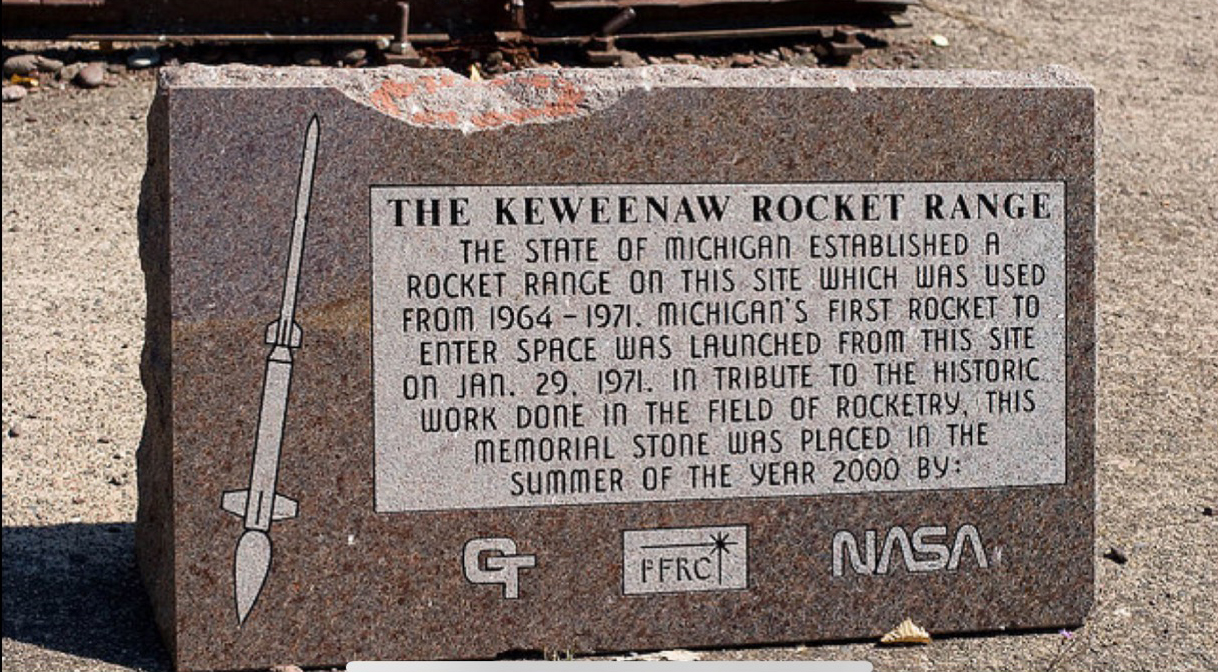 Copper Harbor, at the northern tip of the Keweenaw Peninsula, has a sort of mythic romance attached to its name; it is, literally, the end of the road. You get there by following US-41 till it ends; the other end is in Miami. There is a lighthouse there, of course, and — Who knew? — NASA used to fire-off rockets there. 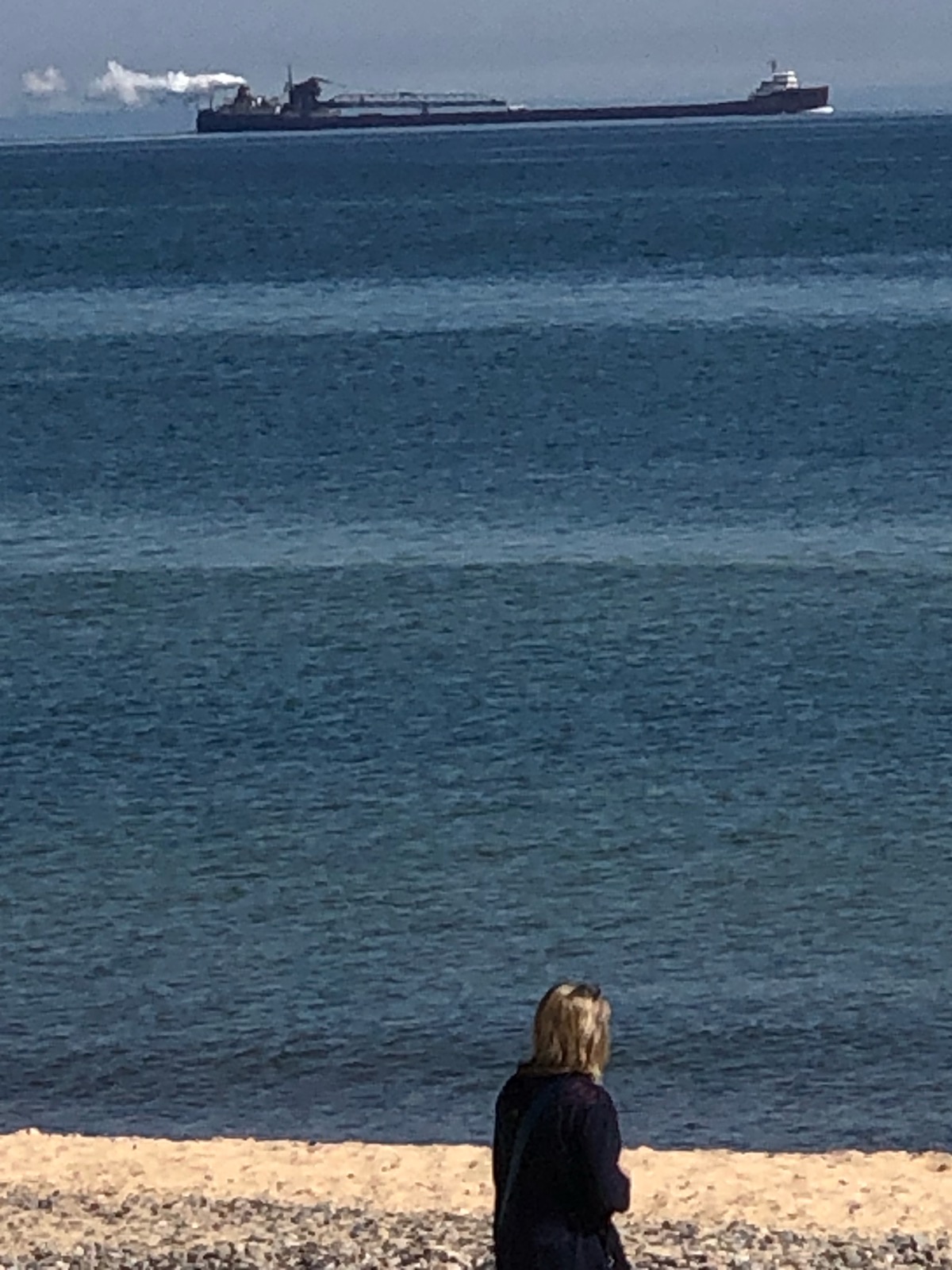 Spend some time on Lake Superior’s shoreline and you’ll see a lot of ore carriers go by, carrying iron ore from the iron range to the industries — the Arsenal of Democracy — in southeastern Michigan and northern Ohio. As grade-school children in the 60s, in Detroit, we were told those wicked-wicked Russkies had atomic bombs pointed directly at … us. Modern ore carriers are on the order of 1000-feet long. 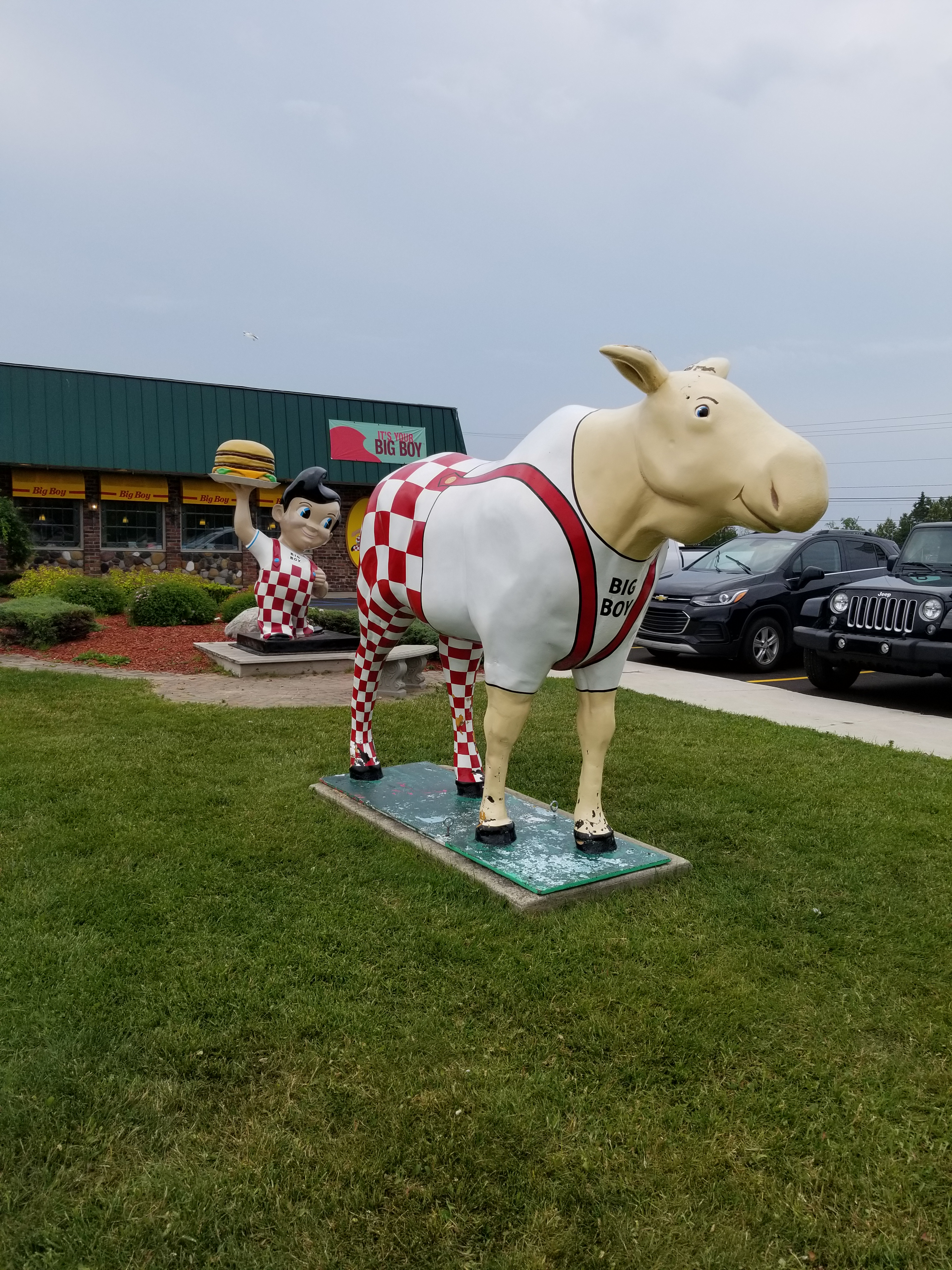 If you’re hungry, the U.P. is just about the last place on earth where you can still have lunch at a Big Boys restaurant. No mooseburgers served, so don’t worry about Bullwinkle.