It seems that, back in my hometown of Detroit, there’s a black market for fake Covid-vaccination documentation.

Federal prosecutors Wednesday charged two people in connection with selling COVID-19 vaccination cards, including a Detroit man accused of selling counterfeit Chinese-made cards on Instagram and a nurse who sold legitimate cards for $200 each.

Unsealed federal court records describe a burgeoning, black market bypass for people who want to appear to have received a vaccine amid a rise in vaccine mandates at public- and private-sector jobs and universities.

As somebody who got vaccinated at the very first opportunity, I admit that it never occurred to me that such a thing might be happening. After all, who takes $200 out of his pocket in order to avoid a free vaccine so that he remains susceptible to an often-fatal disease? Really: WHO!??

I have difficulty imagining the conversation that leads one to a fake vaccination-card supplier, too. Do you tell your co-workers you wish to be unprotected against an often-fatal disease, and possibly enhance their danger of sickness, and then ask them for help?

I don’t get it. I don’t understand people who wish so strongly to remain unvaccinated that they will commit a fraud against their co-workers, their friends, their family, and I can’t think how one goes about building a business to satisfy that desire.

Quote for the day

I’ve been diligently observing, waiting to see what line Trump could cross that would trigger outrage and rebuke from the white evangelicals who enabled his rise to power. There has been none. As Trump has disparaged immigrants, demonized Muslims, encouraged white supremacist groups, valorized the Confederacy, and used the Bible as a political prop, white evangelicals have not only sat idly by but incorporated these bigoted values into what they then defend as a biblical worldview.

The remarkable thing about this quote is not its content, which is something I and a great many others have talked about for years, but where it appears: Baptist News Global.

The incandescent hypocrisy of the pews is in plain sight of anybody who looks and has a properly-functioning mind, and a single indignant pastor is not going to change much; more likely, the editor’s mailbox is already filling with angry complaints.

On the road again

This has been a spring and summer of unusual travel and busy-, busy-, busyness. Unhappily, in a few days we’ll be traveling again — this time to Ohio for a funeral.

Hopefully, life and posting will be back to normal this time next week.

I guess some of us …

… know how to dress ourselves, and some of us don’t. 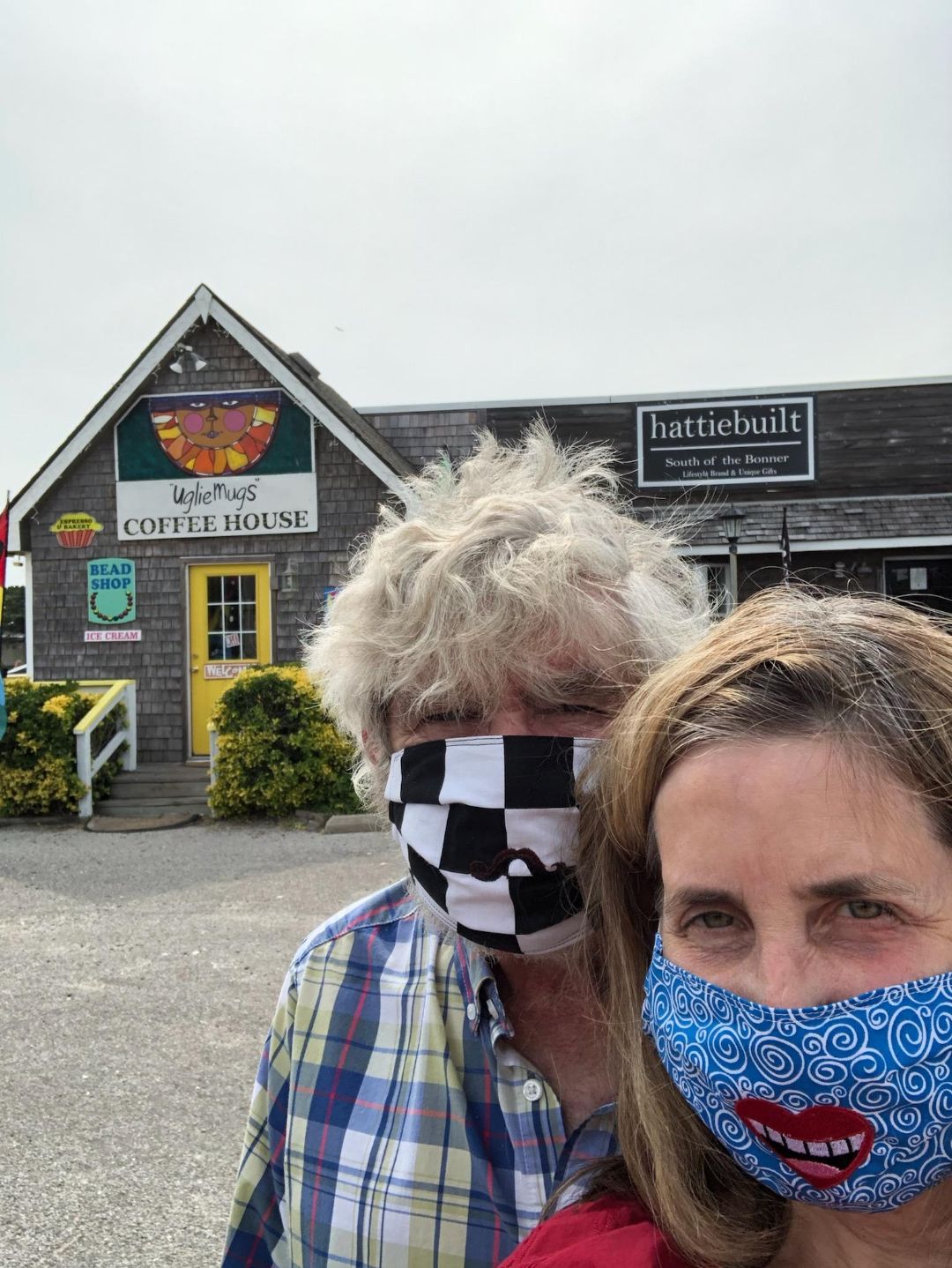 We are home from Michigan’s Upper Peninsula and, as always, I am now wondering how I can finagle a summer place up there and winters here in the mid-Atlantic.

Our son, John, and his wife-to-be, Nicole, accompanied Dawn and I for the first several days. They were good company and, I think, enjoyed the opportunity to see a part of the country they’d never visited. Nor had they ever visited such rugged, glacier-carved terrain. 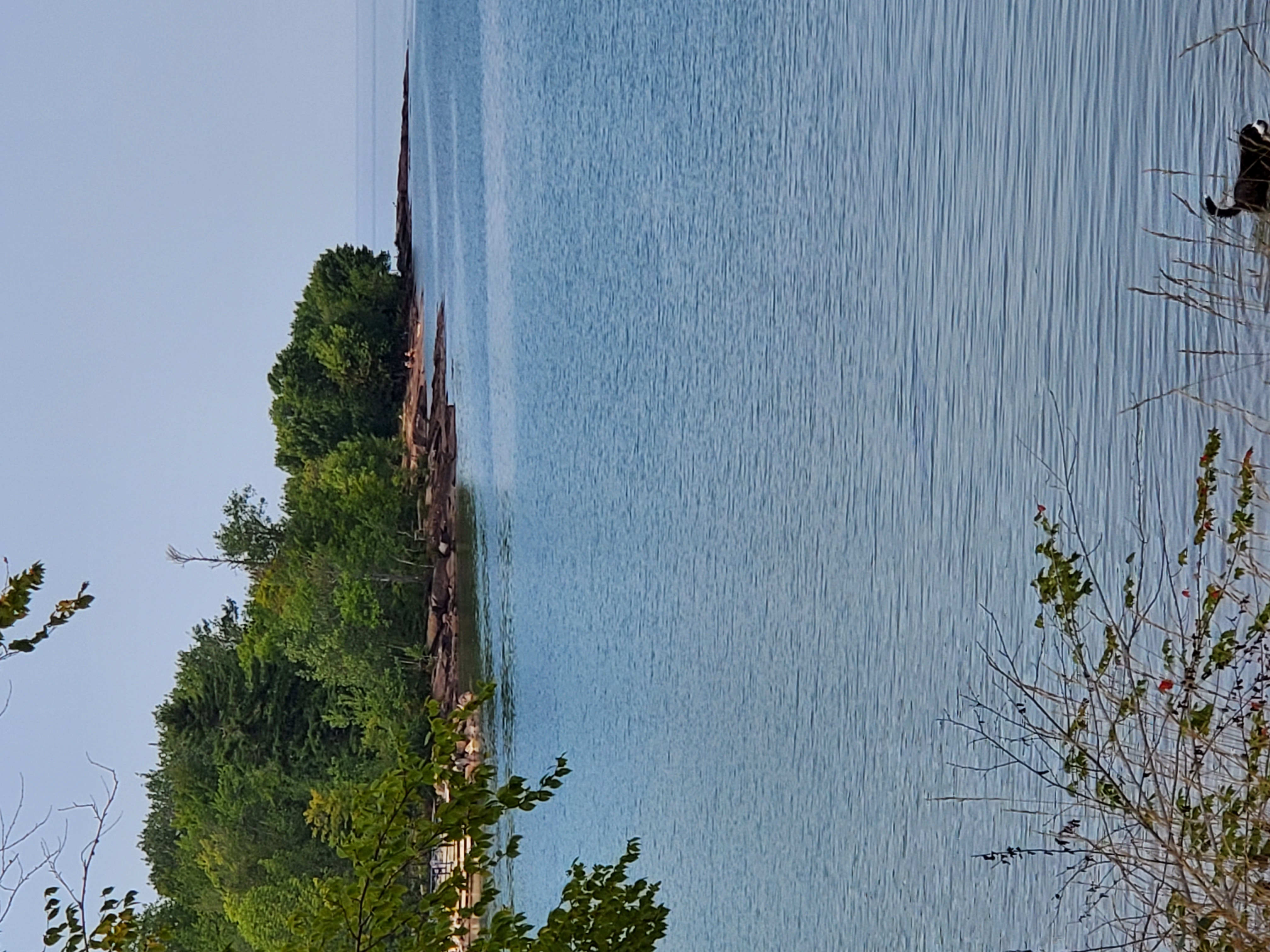 I was educated at Michigan Tech, at the far western end of the Upper Peninsula; the school was founded to produce geologists and engineers to serve industry. When we are in the U.P. and Dawn et. al. are picking-up beach stones, I see building material and they see pretty stones and wonder what that strangely-colored, shiny-stuff is.

The most striking aspect of our visits (to me, at least) is how little things have changed since I left Tech; there’s been very little growth, and the place looks little different than it did when I was a student there. Many of the storefronts have the same name.

Some wise, farseeing legislators designated the southern shore of Lake Superior as a National Lakeshore, with the result that the drive along the shoreline looks little different than it did decades ago. This is a good thing, though doubtless annoying to landowners and merchants. No matter; it’s a beautiful part of the country, and if you’ve never visited you should.